Performance of WSL and Disk IO

The core performance killer is related to Windows Defender, and a primary scenarios is running Node package installers that are pulling down 100s, perhaps 1000s of files during an npm install <package>.

For example, when I ran nvm install --lts --latest-npm it took about 5 minutes on a Razer with NVMe storage. Once I made a small modification in Defender to exclude the /rootfs of that App Store installation directory in Windows Defender it took about 30 seconds - I do have a Fios 1Gbps connection. That was even after cleaning the npm cache, etc.

In the current Windows 10 1803 release, Linux Apps from the Microsoft App Store are now quite a bit simpler in distribution, and much more isolated. For example, you can side-by-side have Ubuntu 16.04 and Ubuntu 18.04 on the same machine. 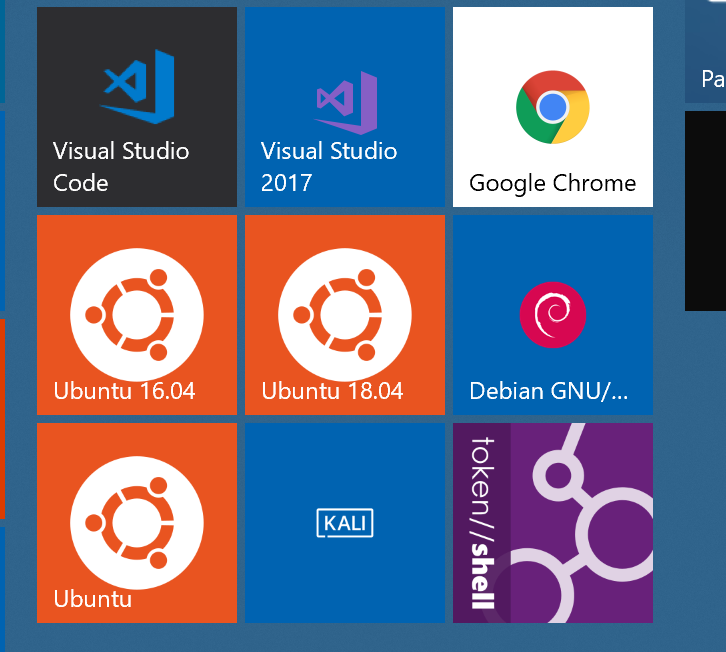 What this means is each Windows App gets a private space in the C:\Program Files\WindowsApps sub-directory. Normally you can't just navigate to that path without modifying permissions. But with this approach, you don't have to.

Getting the Path of the Ubuntu / Linux App

You actually have to do this with each new update in the App Store of the Linux app. The logic to find a physical path of a Windows App is awfully convoluted, but possible. I just haven't had the need yet to fully automate.

First, do this if you haven't already run the App yet and initialized the rootfs as part of first run. After you install say Ubuntu 16.04 from the Windows App Store, start it up - then open up Windows Task Manager - you should see something like this, where I've expanded the Ubuntu App to show all the real processes associated with it:

At this point, after a first run, you can navigate to the /rootfs for that App, and while you're there, highlight the whole Address Path and Ctrl+C. 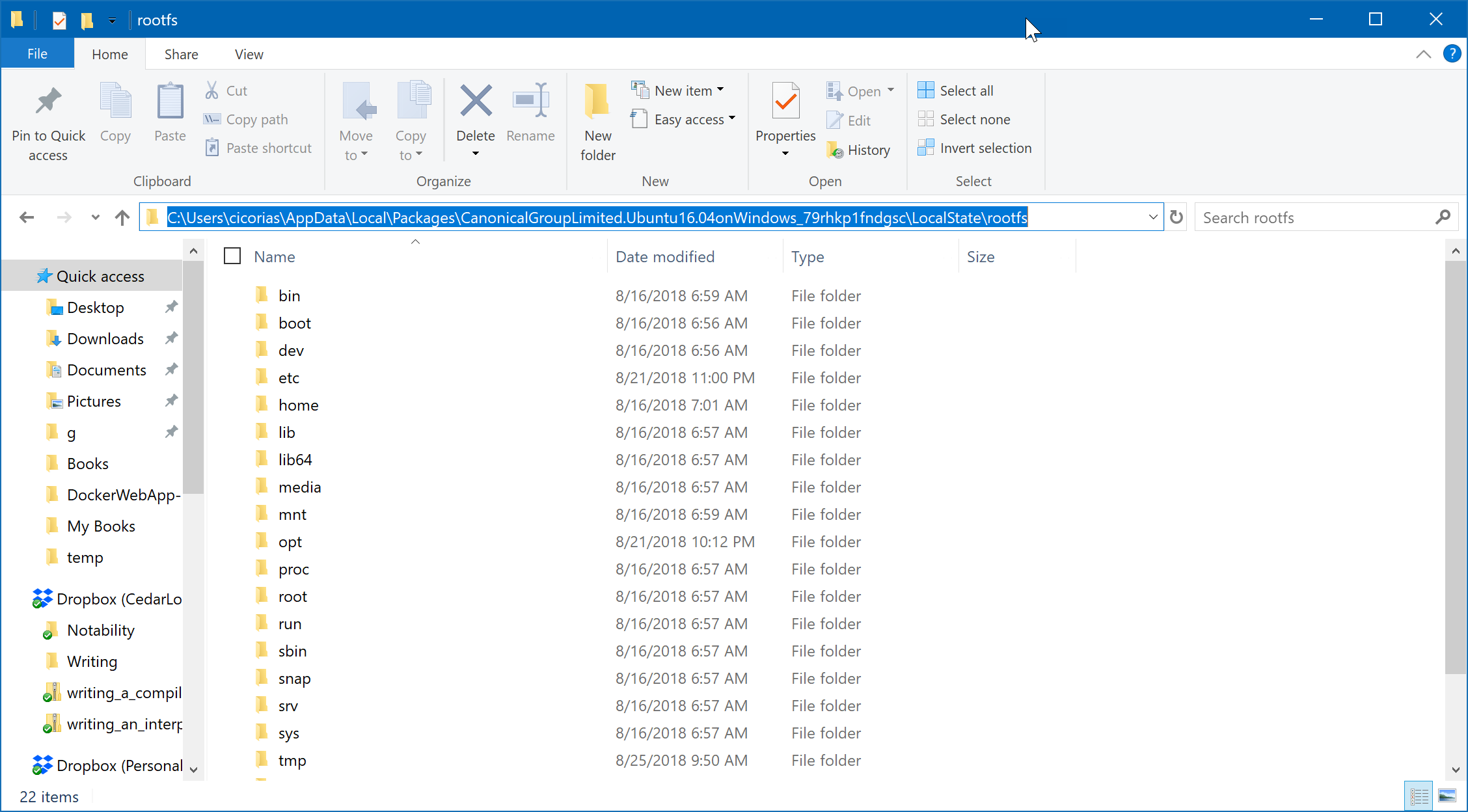 Now, open up WIndows Defender -> Exclusions - and we just add that Path as a Folder Exclusion. 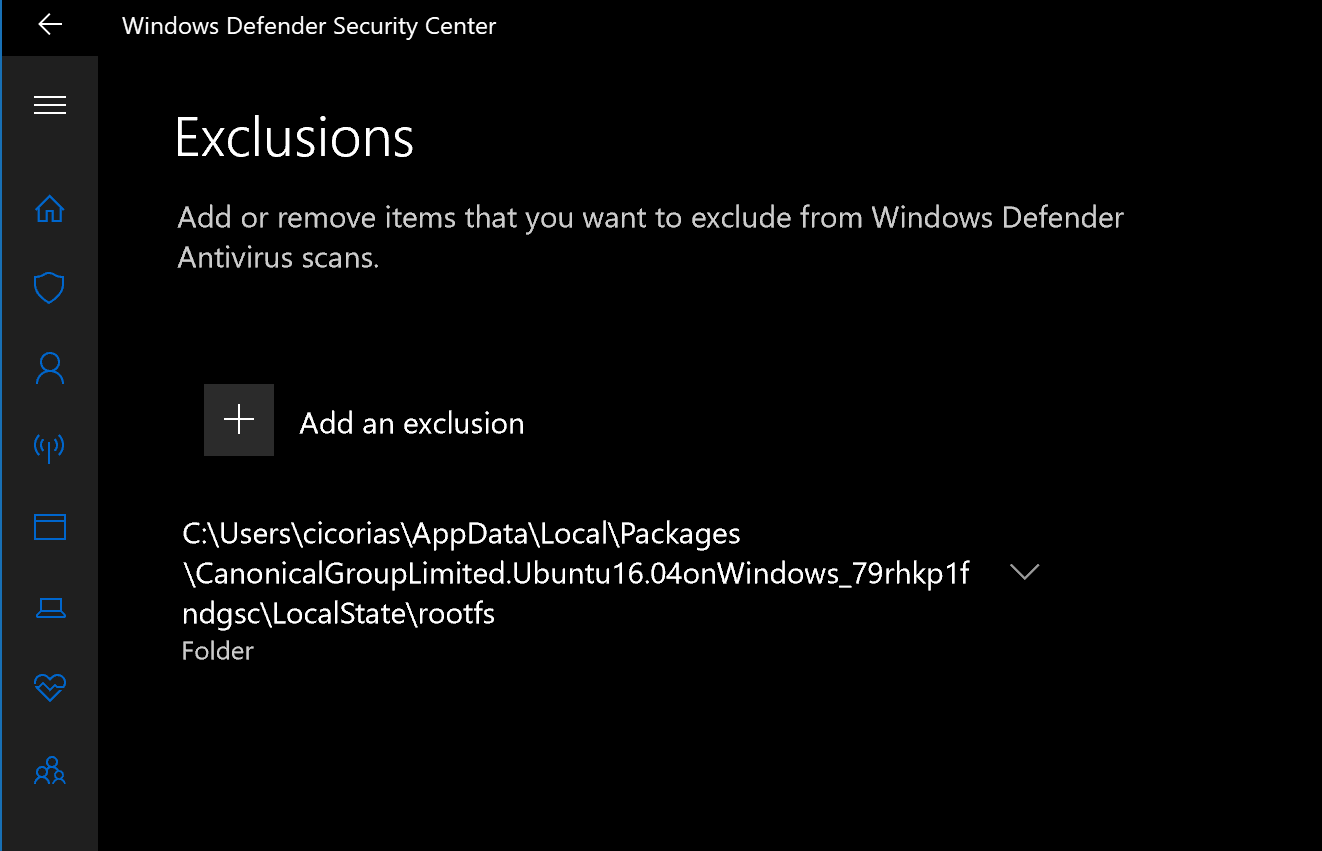